A balanced practice regimen uses a variety of equipment. The Krausko advantage starts with developing muscle memory in game-speed conditions.

Price comparisons are based on leading competitors. 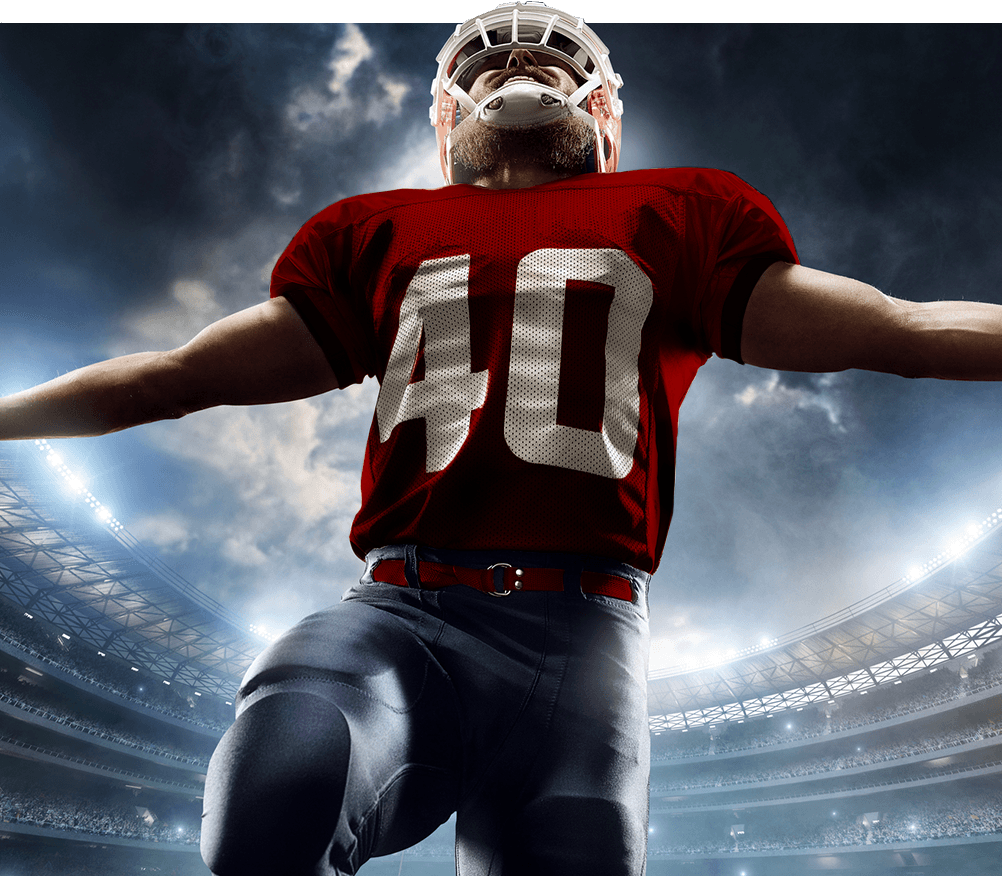 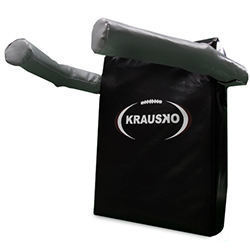 The Colt is a non-stationary football blocking pad with arms allowing players to move at full-speed while minimizing the risk of injury. Fabricated with aluminum and steel, the Colt is light and strong. The spring-loaded frame is covered with cross-linked foam and high-grade vinyl. The arms are what separate The Colt from a traditional blocking pad. The arms train muscle memory, helping your players win their individual matchups while avoiding a game-changing flag. This light piece of equipment accomplishes a ton. Of all the needed elements of good coaching listed above, the only things it can’t provide are a breast plate grab point and realistic jersey cloth (because it has a long-lasting vinyl surface!). 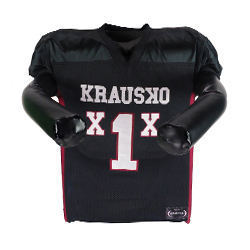 This blocking pad upgrade from Krausko transforms the Colt by adding a realistic football jersey. This adds a breast plate grab point (V-neck and shoulder pad) and realistic jersey cloth, allowing the Colt to literally do it all. Coaches can run drills effectively – fast, hard and safe. Full speed drills are a must to replicate game conditions. Fast contact drills also assist in training proper muscle memory. Players greatly improve blocking techniques but in a safe manner most likely to avoid practice injury. 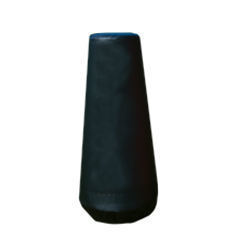 This is a traditional, tried-and-true element of youth and adult football practice. As you can see from the chart, it’s useful to teach blocking basics. Pop-Up dummies can be used post-season. But they don’t teach how to block a mobile opponent – and opponents are always mobile! Players can develop strength but not the kind of realistic muscle memory offered by the Colt. 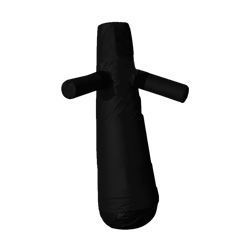 Adding arm attachments helps a little. The arm attachments form real human dimensions, allowing players to learn proper technique against a more accurate human form. But the arm attachments are still less helpful for some players. A pop-up dummy – even with arms – fails to offer the dynamic range of motion presented by a real opponent. The Colt does because it’s backed by the brain of the coach or player holding it. 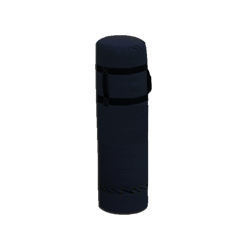 This is a padded dummy mounted to rotate on a vertical support element. Lateral resistance is variable and the base can be extended on many versions of this equipment. This design was anything but a breakthrough. While it does help develop blocking and tackling techniques for a mobile opponent, it’s basically a moving dummy. 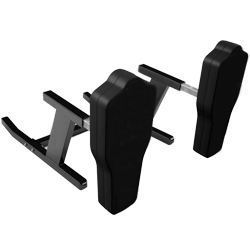 These have been around since the early 1980s. They can be used to teach drive and zone blocking, pass protection and combination blocks. Its dimensions are closer to a real opponent and it can boost mobility at the line of scrimmage. It’s possible to teach a breast plate grab. The problem is today’s style of high-velocity offenses don’t lend themselves to stationary blocking patterns – on either side of the line. Players never let you push them around like a sled. Developing quickness, mobility and leverage are keys. The Colt delivers them. 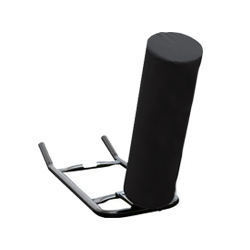 Here’s another traditional, expensive piece of equipment. Tackling sleds teach mobility control, target blocking, proper (low!) pad levels and mobility at the line of scrimmage. Constant repetition is a must to develop proper muscle memory. The sled remains a staple in the inventory of practice equipment for coaches nationwide.

Krausko’s Sled Dawg is compatible with a Rogers LEV sled. 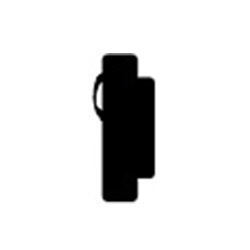 Slightly better than a traditional football blocking pad, the padded breast plate shield has 2 layers of foam to simulate the grab points for executing a legal hold. The Colt with a target jersey upgrade far exceeds these in capability due to the heavy-duty aluminum spring supported rod arms and jersey covered shoulder pads. Muscle memory trains better with better equipment 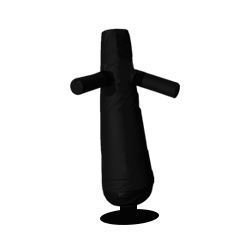 Players can use this to learn how to lose the opponents arms. The dummy has human dimensions. But as you can see from the chart, a dummy on a post is still…a dummy. Again there are some practical applications for this equipment but the lack of mobility limits the potential when compared against the Colt. 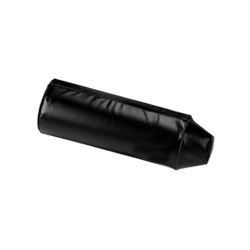 Football arm pads, known commonly as torpedo, missile or bullet arm pads have some useful applications but really come up short when compared to the Colt for defensive and offensive lineman or other pass rushers and blockers. It can teach arm striking. It has human dimensions. But again, the essential elements of realistic football muscle memory are more limited. 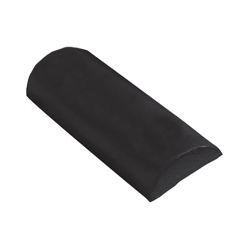 Also called a "half round" dummy, as the flat side is held by the player, and the round padded side is meant to be attacked to the defender. Stand-up dummies are typically about 4 feet high and sometimes have a graphic of an opposing player superimposed on the surface. The pad rests on the ground, so holders can do little more than lean left or right. The immobile element really limits the potential of the stand-up dummy to teach proper fundamental blocking and tackling technique. 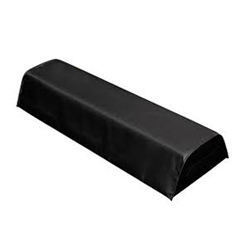 Step-over dummies are used to teach quickness, foot speed and agility. While step-over dummies can be of aid for footwork, it's really more of a warmup and muscle building tool than football technique training pad. Some double as a stand-up dummy and can be somewhat useful for tackling drills. However, this is not a specialized piece of football training equipment, and its purpose is limited. The Colt football blocking dummy features huge advantages over step-over dummies.

Consider agility hexes instead for more accurate footwork. Back to List 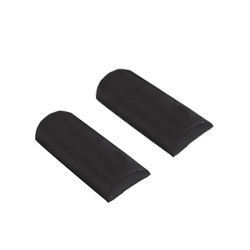 Agility dummys are a form of stand-up dummy serving as an obstacles for ball carriers such as running backs or wide receivers. The idea is that the dummies are stand-ins for defenders, and players move through a kind of obstacle course to train for real defenses. Of course, real defenses never stand still, and their location is never predetermined or static. Defenders react, agility dummies do not. Coaches or players wielding The Colt blocking pads are much more realistic defenders for agility drills. 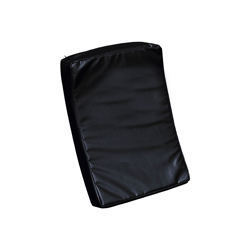 A hands pad is a handheld blocking pad with side pockets so defenders may grab the pad as if they're a breastplate. While the pad allows pad holders to be mobile, the pad does not have retractable arms like The Colt. The pad may help teach hand placement and shoulder drive, but a blocker or tackler's natural reactions with their arms is not accounted for.

Compare traditional hand pads to The Muzzle from Krausko. Back to List 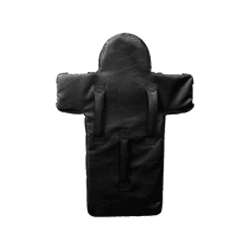 No-hands pads are worn like an umpire's padded chestplate. Coaches or players can wear the vest over their neck and receive blows from drill participants to the chest and midriff area. The arms are free to react naturally. Again, the mobility factor is a plus, but having to use a player's (or coach's) real arms may keep players from fully unleashing violent elusive motions. This is all about muscle memory. The Colt offers a superior training experience. 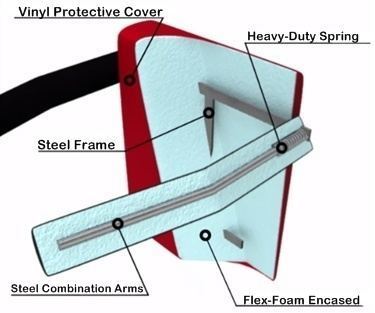 This football training checklist is what you want and your players need to get better. Coach-controlled, realistic training which can adjust each practice to either properly teach technique or prepare for the next opponent. Specific movements drilled into the player without danger of exhaustion or injury during practice. In short, you need technology which works. As the above chart shows, most traditional football blocking dummies can’t rival these itemized benefits of The Colt.

The problem then becomes economic. Look at the football equipment list on the vertical left hand side of the chart. At the top, you’ll see the Krausko Colt blocking pad and the upgraded Pop-Up Dummy and Pop-Up + Arm Attachments. Two simple, effective and affordable items. They work – and they work extremely well. They also cost much less. Both are for sale on line.

Football Training Equipment for All Positions and Skill Levels

Krausko football training equipment is appropriate for players of all ages. Professional NFL teams use our equipment for practice. And school team coaches from colleges down to PeeWee leagues rely on us for the latest strength & fitness tools. Check out some of our free football drills and demos online.

Purchase The Colt football blocking shield and starting racking up the wins.