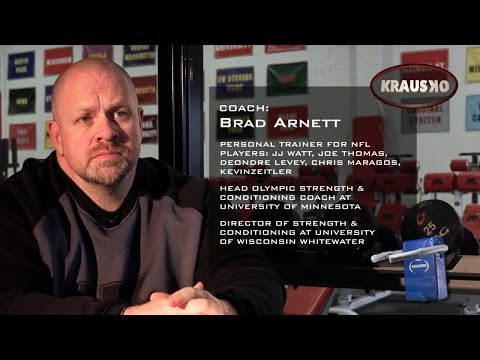 Strength and Conditioning Coach Brad Arnett's Review of the Colt 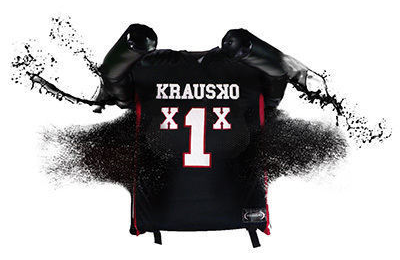 Q: Where does the Colt blocking pad fit into your football training at NX Level?

A: The Colt is a great tool from the standpoint of once you get kids past the initial strength and conditioning aspect of it and the athletic development, now you can start getting into specifics. It’s applicable to a lot of different sports, but the blocking pad fits into getting the connection between eye and hand, making contact. Whether it’s football or basketball teaching these kids hand placement. When you spend so much time on hip and ankle development, as far as mobility, body positioning, height of the athlete, first step height, the length of the first step: once lineman make contact what do they do with it. It’s not just a football blocking pad, it’s a football blocking pad with arms. The football blocking pad makes it very realistic where you can progress these kids into the step-by-step progressions you are going to do to get around somebody avoiding. Contact points, hand placement, body positioning; all those things come into play. So the football shield really plays a huge asset in getting what you’re teaching them from a physical development standpoint and using those same cues in a realistic component of having a blocking pad with arms and letting them work and use it. So, I view the blocking pad as a huge asset.

Q: What positions do you see the blocking pad being applicable in football?

A: Offensive line, defensive line and linebacker for sure. The times of just lining up and playing smash mouth football are done. Every play of football has movement to it and kids have to understand how to make contact with their hands and ride a player. Hand placement, body positioning; once offensive and defensive lineman get moving, how do they avoid the hands and get past them. Same thing with a linebacker. The concept of linebackers being a back side linebacker, slow-playing when somebody’s coming out with him, how do they take on the block? Is it inside-out or outside-in? Same thing with defensive backs, if they’re coming up to playing press coverage and you’ve got a receiver coming off the line, how can they play press correctly? So I think it’s very applicable to a lot of positions in football.

Q: Do you see an advantage to the football blocking pad being mobile?

A: People ask me about training on treadmills, and I tell them well, when a football field starts to move, the whole floor in here will move. Every sport you play you move, it’s active, it involves motion. To make it as realistic as you can, to get the carry-over to what you want them to do on the field, they have to be able to do it against something that’s moving. Something stable and maybe a place to start, but once you get past that they must be able to get something that’s moving, something you’d view as live, absolutely.

Q: As far as being able to rep at full speed and not go bone on bone, how is that advantageous?

A: The technique standpoint when you’re talking about offensive and defensive lineman, and even linebackers, when you’re taking on a block, it’s about where you put your hands. It’s about getting the inside position, so the inside position and low pads win. That initial contact, at speed, of where to place their hands inside, getting the feel of getting inside the arms and the breast plate. Once they do that, getting them to understand that ‘my feet are going to follow my hands, so once I make contact, having the arms available on the pad for them to with, at speed, how do I defeat the block with the arms being there’ it’s a great tool to use.

Q: How would you see the football blocking shield being used potentially as a basketball tool?

A: I think there are a lot more programs out there today that are starting to realize that the more you just stand there and beat on each other, kids don’t last. When you look at the total sum of everything they’re doing- of constantly smashing in practice, scrimmages, games, coming back to practice- that wear and tear starts to wear kids down. Being able to have a tool that you can rep live and not beat up the person that’s doing the rep or the person that’s holding the blocking shield, I think that is a huge asset. Being able to develop the violence of doing something live and not getting beat up physically and getting kids the concept of reps. Reps are plural, so a kid’s not going to have a rep, first time. It may not happen until the 50th time. But once it’s there, you’re always able to do things at speed and stay healthy, and I think that’s a huge selling point in using something like this.

Q: Does the ability to control pad level with the vision of the player seeing the pad and the arms, is that beneficial?

A: Well, the biggest thing when you’re talking about basketball, if you’re going to talk about post guys. Post guys are going to have their back to the net, they’re going to be in the paint, and someone’s always going to be putting pressure on the side. How do they hook and step around? Well, when you have something realistic with arms there, as you come through, they need to be able to get down below their arms. Guys are going to be guarding, they will have their hand on their upper back, to feel the hip height, to drop, get that drop step and defeat them around- I think is huge. Again, being able to stand behind them and make that realistic pressure of what they’re feeling with their arms there, there again is very realistic. When you take a perimeter player that has to do a cross over move to get into the paint or drive, there again just having somebody stand there with a blocking pad and step into them and smash them teaches them how to take on contact, how to keep control of the ball, but then again it’s unrealistic because those guys are going to step into them with their hips but you still have to deal with their arms. It’s just another component to make it more realistic of what they’re going to feel. It’s kind of like a Mountain Dew commercial, when they’re playing it live and it’s actually going on live in the game- been there done that. They’ve felt it, they know what it’s like, and they’re getting that same feel every rep they take and the carry-over you’re going to get from that is that it’s live.

Q: Does the Colt have value with youth potentially?

A: Absolutely, because all of your football players, especially at the high school level, it’s not prototype. Every guy you play against isn’t going to be 6’ 5” and 300 lbs. You’ll have some kids that range from 5’ 8” to 6’ 2”. To be able to adjust that pad height is great. You may have a shorter D-lineman that’s 5’ 10” or 11” and he’s playing against guys that are 6’ 1” or 2”, well allowing him to feel that height difference and how to adjust to that and still feel that inside hand position and leverage, how to defeat that and get off, there again you’re just making it very realistic for them to feel so when they get into live action, they’ve been through it and they understand what it feels like. When you’re dealing with youth levels, everything is going to have progressions. It doesn’t make a difference if you’re youth level or a professional athlete, you’re going to still have progressions to everything you do. So, being able to start with a blocking pad like that where you’re still focusing on hand placement, it can be like your typical hand shield, but it’s multi-purpose now because you can start with that same feel, same concept, now add in the fact that they’re going to make hand contact, run their feet, now how do you deal with the arms? How do you defeat the block and go through it? There again, when you deal with youth level kids, it’s their first time on that path, it’s the first time having their helmet on, they don’t know half the time whether their foot or horseback, so it’s being able to get these kids consistent reps over and over again and not lose that kid to being beat up. They won’t go home saying ‘I don’t know if I like football because it’s so much contact and I’m sore and I don’t feel good’. Well, now they can get as many reps as you want and not beat each other up, and make it as realistic as you can. Now, that doesn’t mean you aren’t going to expose them to contact at some point, but you have to limit it especially at that level. I think the blocking shield is a huge asset at the youth level.

Q: Are the players you’re working with still aggressive with the Colt blocking pad?

A: Well it’s like the first time you do anything. You feel it first, you get an idea of it, and once they get more comfortable with it; the speed, violence, etc all start to come with reps. Before you know it, they’re right where you want them with skill and it’s engrained and that’s the way it always is. It’s like anything, they’ve got to get used to it first and once they get a feel for it they go, so it’s all good. 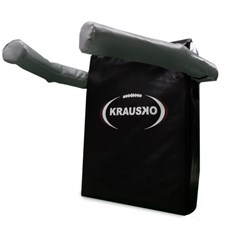 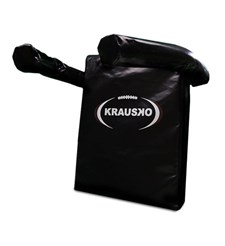 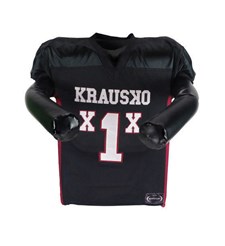